NOW OPEN!! in The Shoppes at the Village Center

NCCIH – Use of Hypnosis to Alter Perception – Dr. Spiegel, Clip 6 of 9

CAN YOU BE HYPNOTIZED?

As reported in PSYCHOLOGY TODAY” (Jan./Feb. 2001):   "Contrary to popular belief, practically everyone – about 95% of all people  can be hypnotized to some degree.  The only question is how far."

A Sampling of Hypnosis Definitions

William J. Bryan Jr., American M.D. - “Hypnosis is a normal physiological, altered state of consciousness, similar to, but not the same as being asleep, and is produced by the presence of two conditions: (1) a central focus of attention, and (2) surrounding areas of inhibition. The state of hypnosis, in turn produces three things: (1) an increased concentration of the mind, (2) an increased relaxation of the body, and, (3) and increased susceptibility to suggestions.”

Dave Elman, American Hypnotist - “Hypnosis is the use of suggestion, whether direct or indirect, to induce a heightened state of suggestibility in which there is bypass of the critical faculty of the mind, and selective attention to suggestions given.”

Milton Erickson, American M.D. - “Hypnosis is a shrinking of the focus of attention.”

Eysenk, British Behavioral Psychologist - “The ability of an individual to direct the whole force of nervous energy into a small number of nervous channels, thereby reducing the synaptic resistance and facilitating the passage of the nervous energy.”

McDougall, American Psychologist - “Voluntary attention is withdrawn from the outer world and concentrated in force upon the vasomotor system, producing changes impossible in normal consciousness.”

S. J. Van Pelt, Australian physician working in England - “Hypnosis is a peculiar psychological state in which the mind is particularly susceptible to suggestion. This state may be brought about by various means, by either the hypnotist or the patient himself, in which case it is known as auto-hypnosis.”

There are as many definitions  of hypnosis as there are practitioners.  The most important thing to understand about hypnosis is that it is a perfectly normal, natural state that we drift in and out of all day long.  Using this state, with deliberate purpose, to gain access to our unconscious processes, habitual behaviors, beliefs, attitudes and responses, can allow us to make adjustments to all of these things in order to better suit our present goals and needs.

Hypnotic trance is a naturally occurring state that we experience many times every day.

If you have been lost in a day-dream, you have experienced a hypnotic trance.

If you have gotten home without recalling the drive, you have experienced a hypnotic trance.

If you have been so absorbed in a movie that you

no longer noticed the noises of people in the theatre

and you cried or laughed in emotional connection with a character,

you have been in a hypnotic trance.

If you have been absorbed in a sports game, live or on television,

so that you didn't hear/see people in the room,

you have experienced a hypnotic trance.

If you found yourself wanting or buying the product, brand or food

you saw in commercials in the day or week prior

you experienced a hypnotic trance that created a subconscious message. 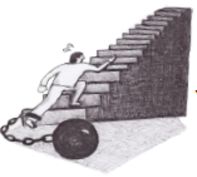 Also referred to as hypnotherapy or hypnotic suggestion, is a trance-like state in which you have heightened focus and concentration. Hypnosis is usually done with the help of a therapist using verbal repetition and mental images. When you're under hypnosis, you usually feel calm and relaxed, and are more open to suggestions. Hypnosis can help you gain control over undesired behaviors or to help you cope better with anxiety or pain. It's important to know that although you're more open to suggestion during hypnosis, you don't lose control over your behavior.(definition by the Mayo Clinic)

Myth 1. A person under hypnosis is out of control. The exact opposite is true. You don't lose control, but rather you take control. All hypnosis is basically self-hypnosis where you accept or reject suggestions in accordance to your own ethics and goals. The hypnotist is just a guide leading you into a state where old patterns can be changed.

Myth 2. Too often people associate hypnosis with a truth serum. With hypnosis you are aware of everything around you. You have the choice to answer or not answer a question. You have the ability to lie or to tell the truth. You are always in control.

Myth 3.  Only certain people can be hypnotized. In reality any person with normal intelligence can easily be hypnotized. It has been proven that an intelligent strong-willed person actually goes into a hypnotic state quicker than a weak-minded person.

Myth 4. In movies we see people who are hypnotized becoming stuck in hypnosis. It is an impossibility to ever be stuck in a hypnotic state. It has never happened. People enter and exit hypnotic trances several times a day (ie- when deeply focused on a book, movie or project so everything else disappears or not recalling the drive home because you were focused on other thoughts)

With my first degree being in marketing, I can assure you that

hypnotic messaging is the goal

in the deliberate design of television advertisers,

who spend millions in researching the most effective methods

to create emotional and subconscious messages

to drive the viewers' actions

without their conscious awareness of "buying" the message.

Marketing masters have long recognized that emotions and sensory pleasure, not logic, drive actions.
The strongest emotion is fear, which is the root of anger.

to create a "memory" of experience. 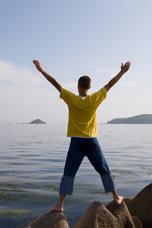 Therapeutic hypnosis enables one to fine-tune or rewrite subconscious associations that are unhealthy or simply no longer serving you to live the life you envision. The conscious mind can be focused on goals based on logic, but it is the subconscious that ultimately makes the decisions. Hypnosis is commonly used by professional athletes to improve their sports performance as the body's "instinctual response" trigger does not differentiate between memories of live practice of perfect play and the perfected play experienced during deep hypnotic state. Weight issues often have an emotional subconscious association that needs to be overridden to achieve lasting change. Reactions to stress and phobias are rooted in the subconscious regardless of what the conscious mind declares "logical".

Dr. John Sarnos, a renowned pain specialist who faced scathing fury from fellow medical physicians for years, is now well recognized as a pioneer among western physicians acknowledging that a large percentage of chronic disease and chronic pain conditions are rooted in suppressed emotional pain. He found over years of research that when a pain or condition was "treated" by conventional treatment, a new pain or condition would quickly develop unless the suppressed emotional memory was recognized and resolved.

Other research has found that people experiencing chronic pain or phobias with no identifiable cause often find instant relief when past life regression hypnosis reveals a cause from before this lifetime (as a subconscious memory or association). In therapeutic hypnosis, the hypnotist guides you to hypnotize yourself. Hypnosis sessions can be conducted in person, by phone or by Skype.

With therapeutic hypnosis,
You can use these techniques to create subconscious messaging that serves YOUR purpose!